TecSec has brought together a dynamic leadership team with diverse experience and critical expertise to create and market a suite of security solutions that have the potential to revolutionize and protect today’s businesses.

Through a 21st Century Key Management System, designed especially for the world of large networks, TecSec’s VEIL® products bring privacy, confidentiality, and scalable management of content, independent of the means of transport or the type of information. Accordingly, VEIL® technology has the potential to enhance the full range of likely digitized applications, including wireless, Critical Infrastructure Protection (CIP), and healthcare privacy enforcement. CKM Enabled® solutions can be employed as software, firmware, hardware, or in a combination, including the TecSec® Eagle Smart Card™.

TecSec stands ready to assist any organization to manage their digital assets and controls whether logical, functional, physical, or content based. 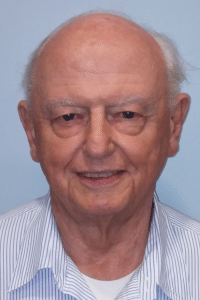 John PettyChairman Emeritus
John Petty came to TecSec in 1996 with an extensive business background. John graduated from Brown University with a BA in International Relations and was sent as a naval officer to the Korean Theatre with the Pacific Fleet. Two years later he joined the Chase National Bank’s international department. In 1966 he joined the US Treasury where he served for 6 years primarily as Assistant Secretary for International Affairs. In 1969 he was reappointed by President Nixon and was instrumental in the international monetary changes that occurred during this period.

Upon retiring from Treasury early 1972 he joined Lehman Brothers as a partner and board member. His activities in corporate finance brought him to the boards of RCA Corporation, NBC, and Hercules Corporation. In November 1976 he was named President and Chairman of the Executive Committee of Marine Midland Bank NA. Then the 26th largest in size, this troubled bank was operating under a Federal Reserve Consent Decree. Shedding the decree over the ensuing years during which time John became Chairman and CEO Marine Midland rose to the 10th US bank in size. He had become a Director of the HSBC Bank in Hong Kong during this time, which bank became sole owner of Marine Midland in 1988. During 1986-87 John also served as Chairman of the Bank Holding Company Association, particularly concerned with aspects of the industry’s legislative program. Leaving upon the acquisition of Marine Midland John became Chairman of the High Level Review Group for the multi-national InterAmerican Development Bank with the goal of mapping out its Latin American development plans for the 1990s.

Later in 1989 John concentrated on private investments, including forming Federal National Services and related units to finance especially small companies selling to the federal government. John had also become a director of Anixister Inc and Arris Group Inc. in the meantime.

In 1992 the Bush Administration selected John as Chairman to form the government funded venture capital Czech and Slovak American Enterprise Fund to foster private enterprise where Soviet domination had stifled entrepreneurism. He shuttled between Prague, Bratislava for about 5 years where he had offices. His retirement about coincided with his initial investments in TecSec.

Throughout most of this period John continued active involvement in not for profit activities: the Council on Foreign Relations commencing in the 1950s; as president of the Foreign Bondholders Protective Council (1975 – 2012); the InterAmerican Dialogue from 1982 and from 1979 – 1990, John served the United Nations Association, becoming Chair of the USSR-US Economic Council.

John has remained as the active Chairman of the TecSec since 1997. 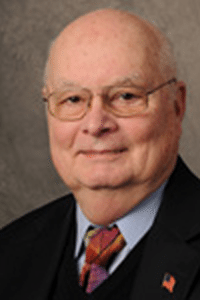 Ed SheidtFounder & Chief Scientist
Ed’s intelligence career began in 1957 when he joined the Army and worked in Signals Intelligence. In 1963 he was hired as a communications officer for the CIA, which began a distinguished 26-year career, serving 12 years posted overseas. While working with the CIA, Ed received a B.A. in business administration from the University of Maryland in 1970 and a M.S. in telecommunications from George Washington University in 1975.

CIA Director William H. Webster referred to Scheidt as “The Deep Throat of Codes.” Scheidt is best known for his involvement with Kryptos, a sculpture in the CIA courtyard which contains one of the world’s most famous unsolved codes. Kryptos was created by Washington DC sculptor Jim Sanborn, who was commissioned by the CIA in the 1980s to create art around their new Headquarters building in 1988. After Sanborn decided he wanted to incorporate some encrypted messages in his artwork, he was teamed with Scheidt, who was in the process of retiring. Up until that point, Sanborn had never used encryption or text in his work. Scheidt taught various encryption methods to Sanborn, who chose the exact messages to be encrypted. Of the messages on the sculpture, three have been solved, but the fourth section, 97 or 98 characters at the very bottom, remains uncracked. Scheidt has said that he knows the answer, along with Sanborn and “probably someone at the CIA.”

Coming from a communications background, Ed recognized the changing nature of communication patterns in America as PCs proliferated and were then formed into networks. In the early 1990s, Ed noted that encryption, which originated primarily for one-to-one communications, now faced new and substantially different key management requirements in large network or virtual network environments. It was in this technologically dynamic environment that Ed co-founded TecSec, a software encryption company, in 1990. The company set out to create an encryption design with its key management that could be cited in standards or use components of standards.

In forming TecSec and building the company’s large IP library, he anticipated the flexibility and mobility required of 21st Century communication systems with a key management system that is primarily client-based and much less dependent upon a central server. The relative scalability achieved by this approach, together with encryption at the object level, provides enforced role based access and granularity not otherwise available. Ed remains deeply involved in the company’s product development and expanding application solutions, just as he is in general management.

Ed Scheidt is the Chairperson for ANSI x9 Data and Information Security standards for the US financial services. He has been a speaker on cryptography at Bouchercon, a mystery convention. He volunteers as a local assistant scoutmaster and has been a Council board member. He also is active with the Council’s endowment program. 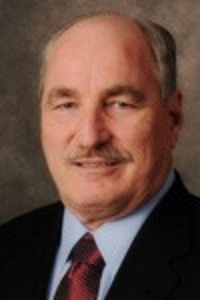 Jay WackPresident & Chief Technology Officer
Jay Wack is the President of Tecsec, Inc in McLean Virginia. He is an internationally recognized Subject Matter Expert in cryptography, cryptographic key management and digital currency. Member of the Board of Directors of the American National Standards Institute (ANSI X9) as well as an active member of ISO, IEEE, and Cigre working groups focused on security. Co-author of the AGA 12 report on SCADA. Jay has been awarded over 40 U.S. Patents in the fields of security and cryptography.

Bruce BrotmanConsultant
Bruce joined TecSec in September 2007 after having worked alongside TecSec’s President Jay Wack since 2005, consulting on Strategic Planning and bringing his strong security background to the table as TecSec planned for future product solutions.

Bruce came to TecSec from the National Biometric Security Project, where he served as Vice President for Strategic Planning. Prior to joining NBSP he was a Senior Executive Federal Security Director at the Transportation Security Administration (TSA). Prior to the TSA, Bruce was the Chief Information Officer at the National White Collar Crime Center. Here he specialized in providing a national support network for state and local enforcement agencies, involved in investigating and prosecuting high-tech, economic crimes and terrorism.

Bruce retired from the FBI in Oct. 1998, at which time he was the Special Agent in Charge of the FBI’s external automation support to the worldwide law enforcement community. While in that position with the Criminal Justice Information Services Division, he developed and executed the concept for the FBI’s new Automated Fingerprint System, known as IAFIS. He has received numerous awards from the Director of the FBI; is the recipient of the “Vice President’s Hammer Award” for significant contributions to the President’s National performance Review Principles; the “Government Technology Leadership Award;” and is honored with the FBI’s most coveted award, “The FBI Medal of Valor.”

Ron ParsonsVice President Engineering & Development
Ron Parsons joined TecSec in 2004, initially assisting in product development and corporate strategy. He now oversees the engineering, development, deployment, and support of the solutions; including the integration of CKM technology into existing customer applications as well as focusing attention on new markets.

Ron founded and ran two quick reaction electronic and software design companies over a twenty year period; servicing commercial, civilian, and DoD customers across the country. He also served as an Associate Director at NIST (National Institute of Standards & Technology) before assisting in the launch of several organizations focused on electronic commerce, identity management, and information security. Ron launched and served as the Director of the Federal Sector for CommerceNet, was founding co-chairman of FiXS (Federation for Identity and Cross Credentialing Services), and founding co-chairman of FEGC (Federated Electronic Government Coalition).

Ron’s vision and creative solutions mindset has been employed over the years in originating projects and standing up pilot programs involving multiple government agencies and numerous commercial entities. He brought to TecSec this visionary insight and solutions experience, as well as demonstrated success in customer relations.